Bitcoin will lead El Salvador into the longer term

After a visit to Washington DC in June to see Ms. Ambassador Mayorga of El Salvador, I was invited to a follow-up trip to El Salvador in August. My wife Lola and I headed out and spent five days exploring the country and new business opportunities. What follows are observations from this trip.

El Salvador is much closer to the United States than most likely think. Since we live in South Florida, we were able to take a direct flight of about 3 hours from Miami to San Salvador. The government has been generous to us. We were shown straight from the plane to a special reception area, our immigration papers were processed and our luggage was picked up for us. I have to admit this level of service was fantastic and a taste of the treatment we received during our trip. El Salvadorans are rightly proud of their hospitality.

In my 35-year professional career, I have spent a lot of time traveling internationally, much of it in the developing world. I have experienced some appalling conditions and heartbreaking poverty. Media coverage of El Salvador has focused on things like El Salvador refugees on the US southern border looking for a better future, MS-13 gangs terrorizing the population, the scars of the civil war of the 80s and 90s. I can’t say these things are not at least partially true, but I can say that we did not see any evidence of this in the greater San Salvador area. Lola and I have also made our own trips to some of the neighboring provincial areas, and we saw no signs of it there either.

There is certainly some poverty in El Salvador. On the main routes to and from San Salvador, many people struggling to survive sell fruit, nuts, and goodies on the side of the road. Part of the population lives in barracks in some districts. But the country’s infrastructure is much more developed than I expected, and there is a lot of construction going on. Cellular communications are widespread, although often 3G. Internet is widespread, fast and fast. San Salvador is very clean and waste management is good. Traffic flows well and vehicles on the roads are in good condition and safe.

A very pleasant surprise was that San Salvador had a very advanced network of restaurants, bars and shops. That was not just in an upper-class neighborhood of San Salvador, but in the entire metro area. The shops were well run and very diverse. The prices were fair (similar to the US) but a little more expensive than I expected.

I spent a lot of time in Taiwan in the 1990s. Over the course of this decade, the country has grown from a developing country to an industrialized one. El Salvador feels like Taiwan in the midst of this transformation. El Salvador is a country on the rise. People feel that too. Although they may not have all that the people of the First World countries have, they do not sulk at what they do not have; they just look to the future.

In 2000, the US introduced the Sacagawea dollar coin to increase the use of coins in commercial endeavors. By the end of the decade, it flopped and vanished into oblivion. Well, if you’ve ever wondered where all those dollar coins went, El Salvador is the answer. 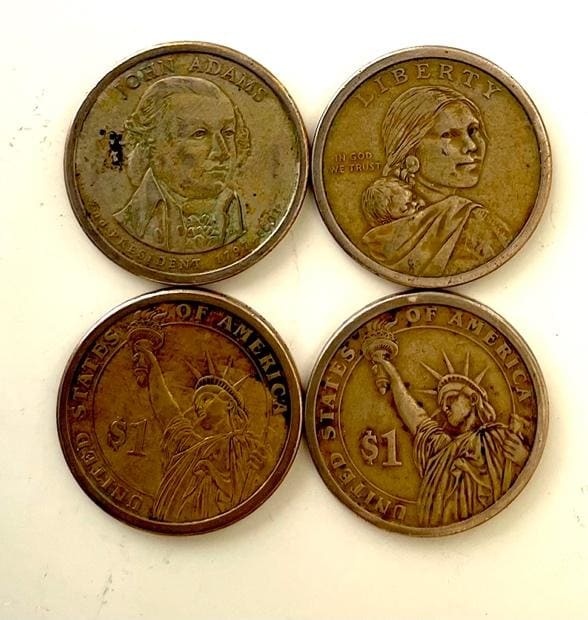 The first time I bought something with US dollars and received change, I had to double-check what I received. I mention this because the truth is that El Salvador is very much a US dollar economy. Prices in the regions we visited were shown in dollars only. A very small number of businesses have even advertised accepting Bitcoin. Granted, I was a little disappointed, but there is good news. 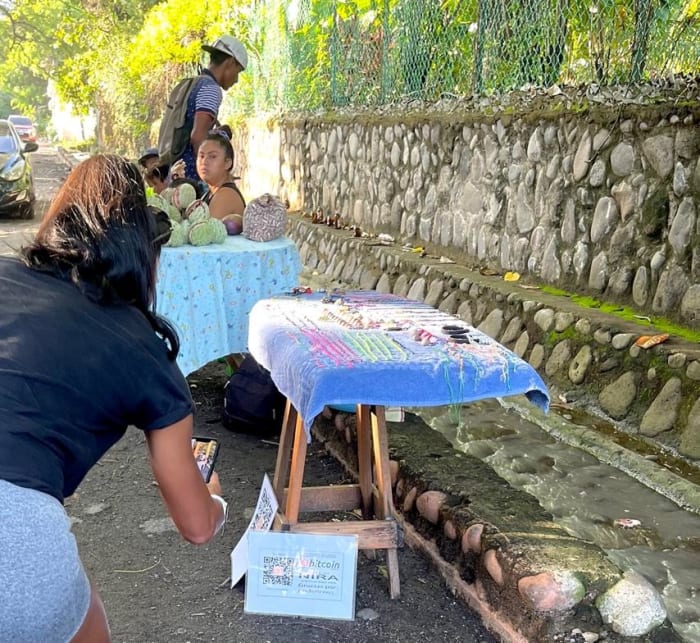 Lola wants to buy a bracelet on Bitcoin Beach in El Salvador.

Outside of Bitcoin Beach, people in El Salvador are largely enthusiastic about Bitcoin, although their level of knowledge is low and this creates concern. This is completely understandable, because Bitcoin meant nothing to most people ten weeks ago. But their desire to learn about it is very strong and there is a realization that this is an important turning point in the future of El Salvador. When we were traveling around the country and people found out we were doing business in Bitcoin mining, they peppered us with questions; Saul and Romeo, our drivers, Jorge the boutique hotel owner, Mario from the reptile farm, Benjamin the lawyer, Napo from the t-shirt factory and many more people were sponges who soaked up all the knowledge we could convey.

But the most interesting and exciting part of the whole trip was when we were invited to a little meeting with a new friend on our last day in El Salvador. There were several children there in their early teens. Just as they were about to go on a boat trip, a member of the group named Sarah came up to me and asked me if Bitcoin was a good thing for El Salvador. Not wanting to give her a lengthy answer regarding the Austrian economy, geopolitics and the importance of hard money, I told her, “Yes, it was very good for El Salvador and she should be excited and proud of the bold and” a brave move her country undertook. ”I thought this was the end and she would want to get on with the boat trip. It turned out that I grossly underestimated Sarah. Within a few minutes, not only Sarah, but a whole group of young people from El Salvador bored me into Bitcoin. The boat ride was interrupted and we spent the next hour digging deep as we traversed inflation, monetary policy, global reserve currencies, the separation of government and money, and the mechanics of Bitcoin. 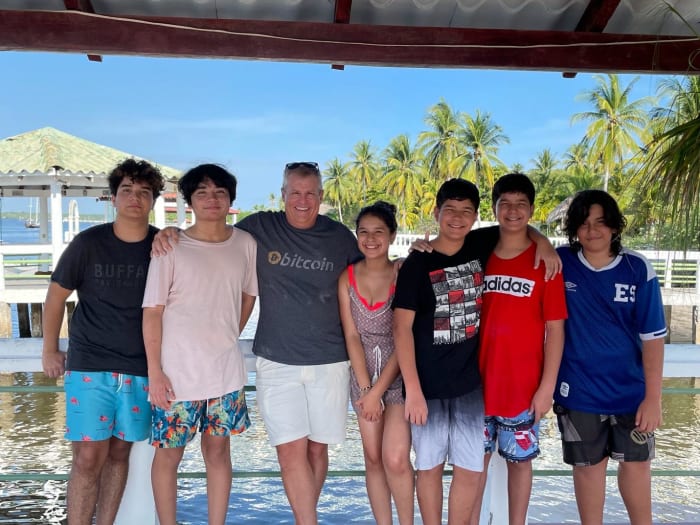 These kids are smart, they are motivated, and they will make a difference in the world. They are not infected by preconceived establishment rhetoric, and they will not accept anything without fully questioning it.

The country is led by President Nayim Bukele, who is forward-thinking and action-oriented. I met with several members of his administration, including members of the Bitcoin implementation team. I can tell you that President Bukele did not surround himself with a bunch of bureaucrats, but instead put together a young, aggressive and innovative team. They act more like a company preparing to go public than a government. I can’t help but shake my head as I compare the quality of El Salvador’s team and their ability to execute to the U.S. Senate fiasco over the cryptocurrency portion of the infrastructure bill. While a currency revolution is underway in El Salvador, the US cannot even agree on a few sentences of cryptocurrency legislation because an 87-year-old senator can block the will of 99 other senators in his sixth term.

As Lola and I think about our trip now, we are struck by the stark realization that we were at the zero point of a revolution. Sure, President Bukele’s leadership and Jack Mallers’ technology have played a huge role in the Bitcoin movement in El Salvador, but the real energy to push them through will come from the masses and youth who have a path to a better future see. You are on board and you will make it.

This is a guest post by Bob Burnett. The opinions expressed are solely their own and do not necessarily reflect those of BTC Inc. or Bitcoin Magazine.