Dogecoin (DOGE) price has finally turned in gains as the $0.06 support holds its stance, but can a real reversal happen?

The global cryptocurrency market cap surged back above $945 billion after a 3.34% surge in the last day. During this time, altcoins took the lead in terms of market gains. XRP and Dogecoin in particular have managed to turn a profit after prolonged price declines.

DOGE’s gains of 4.5% on the daily chart weren’t massive compared to some of its altcoin peers, but changes in certain long-term technicals and on-chain signals gave way to higher social anticipation among DOGE HODLers.

DOGE price has been making lower lows on the daily chart since September 13th. Before that, the meme token managed to generate occasional profits due to the short-term upside of the larger market or high social expectation.

In the early hours of trading on September 23, DOGE recorded its first higher low after a long downtrend, suggesting a reversal from the $0.057 support level.

Dogecoin price plunged over 30% in the second half of August and recorded another 12% drop between September 3rd and September 20th after being rejected at the $0.065 resistance.

For the last week, DOGE formed a double bottom and managed to clear the crucial $0.06 resistance.

whales to the rescue

A look at DOGE-HODLers showed that the number of addresses with between 100 million and 1 billion DOGE increased by 5.13% over the past week. 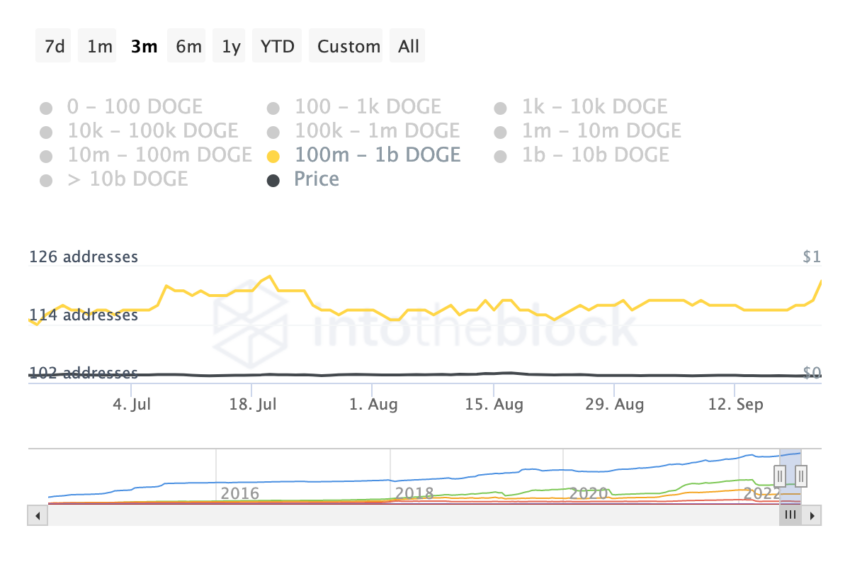 In addition, given the improving technical conditions, around six new whales have joined the network, collecting around 620 million DOGE over the same period. 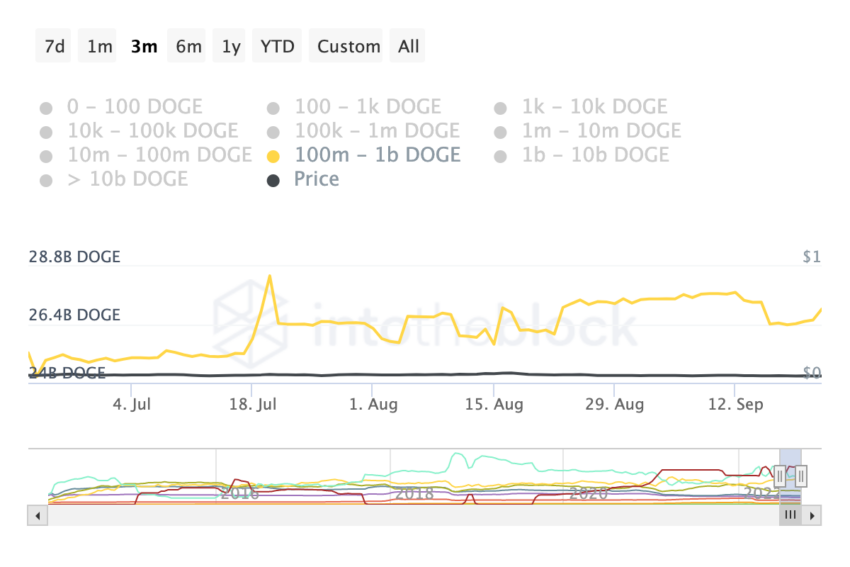 While DOGE whales appeared to be coming to the meme coin’s rescue, there were still some supply barriers that DOGE needed to remove before a reversal could be called true.

Despite the increasing buying pressure, IntoTheBlock’s IOMAP emphasized that Dogecoin faces strong resistance at $0.069, where over 86,000 addresses hold over 42 billion DOGE.

Additionally, on the shorter-term charts (1 hour and 4 hours), DOGE’s RSI had started to show easing buying pressure as the price plateaued around the $0.061 level.

In the coming days, a crucial daily close above the $0.069 level could trigger a breakout. However, if the bears take control, DOGE might revisit the $0.057 level.

Moshnake, Algorand, and Dogecoin are 3 legit crypto investments to pursue in 2022 | Bitcoinist.com – Bitcoinist

Moshnake (MSH) is a new crypto asset that has a fun and unique concept...

What’s Dogecoin? What you could find out about DOGE, the world’s largest meme coin – Capital.com

Dogecoin (DOGE) on the Whale Menu – Here is Why – NewsBTC

There has been a massive sell-off in the cryptocurrency market and during this time...

Disclaimer: The Industry Talk section features insights from crypto industry players and is not...

British fintech and banking firm Revolut has further expanded its cryptocurrency offering in the...

Now that the ether merge is CompletelyVitalik Buterin thinks similarly to other blockchains Dogecoins...

Each ring comes with a source file for a jeweler to create the ring...