From the Editor’s Desk

“Follow the money” is a phrase more often associated with criminal investigations than cryptocurrencies, but it has a ring to it that resonates with the world of digital currencies.

Following the money is certainly what investors are doing when it comes to crypto exchange FTX, which has just closed the world’s biggest private crypto deal (so far). Softbank, Sequoia Capital and Coinbase have all piled in to give the exchange, which was worth US$1.2 billion just a year ago, a valuation of 15 times that sum.

There’s financial traffic in the opposite direction in the frothy memecoin market as some high-profile industry players head for the exits. Even Dogecoin founder Jackson Palmer has forsaken his own creation, saying it has taken on the worst aspects of the finance sector to which it had sought to counter. An Ethereum co-founder is also getting out.

Meanwhile, China seems to be a place where the money does the following, as U.S senators slam the country’s state-backed digital currency as a surveillance tool and urge American athletes to shun it at next year’s Winter Olympics in Beijing. Expect frank exchanges of views as Beijing ramps up further development of its digital yuan.

Until the next time,

FTX’s valuation rose to US$18 billion following its latest US$900 million funding round.

By the numbers: FTX — over 5,000% increase in Google search volume

FTX just keeps on growing, promoting itself as a crypto exchange “built by traders, for traders.” Spearheaded by Bankman-Fried, a California wunderkind who majored in physics at the Massachusetts Institute of Technology before working for quant heavyweight Jane Street Capital and then becoming interested in Bitcoin. Founded just two years ago, FTX has been the first to market with a number of innovative products, including industry-first derivatives, options, volatility products and leveraged tokens.

Alongside FTX’s exponential growth into a US$18 billion crypto juggernaut today, Bankman-Fried himself has amassed a personal fortune of nearly US$9 billion, making him the richest billionaire under 30 — he is only 29 years old.

FTX has maintained a product-led approach over the last two years, with most growth propelled by its market for crypto derivatives — risky instruments that allow traders to place leveraged bets on digital currency price action. According to data from CryptoCompare, FTX handles more than $10 billion of trade in those derivatives daily.

Since the market crash in May, close to a trillion dollars has disappeared from the overall crypto market cap, and Bitcoin’s value has been cut in half. Many in the industry are now asking whether mainstream investor and institutional interest remains strong.

Bankman-Fried says FTX plans to use its new money to push the business into more regulated markets, and that it may acquire companies licensed for finance sector business in a number of countries. Speaking with the Financial Times last week, Bankman-Fried said that if FTX grew large enough, it may even consider buying U.S. financial giant Goldman Sachs and exchanges such as Chicago Mercantile Exchange in the future.

Given FTX’s stratospheric growth, crypto traders have reason to not only feel confident that the industry is not in its death throes, whatever recent bearish trends may suggest, but also that there are players in it that are getting sufficiently formidable to take on the biggest hitters on Wall Street.

2. Dogecoin: All bark, no bite 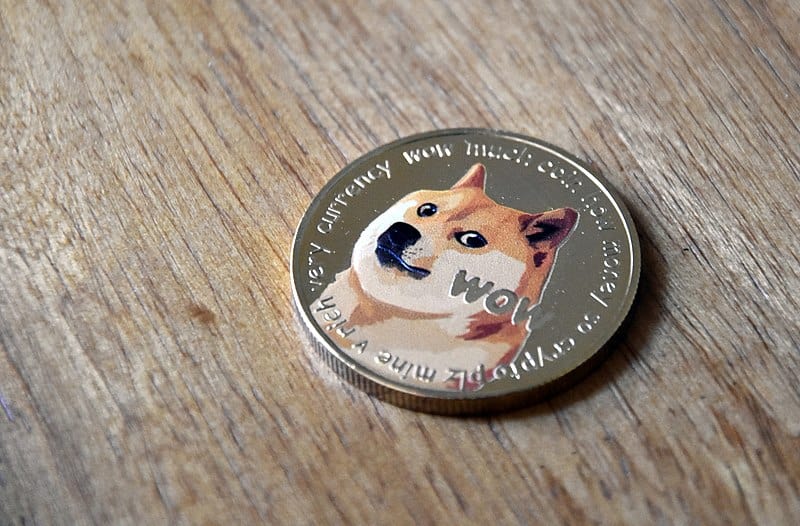 By the numbers: Dogecoin creator — over 5,000% increase in Google search volume

Dogecoin prices got a big boost from Tesla founder Elon Musk over the weekend after the bigmouthed billionaire changed his Twitter profile picture to one featuring him wearing mirrored sunglasses with a Dogecoin Shiba Inu mascot dog reflected in the lenses. Dogecoin jumped to a weekly high of US$0.204, but has since receded and was trading at US$0.186 at press time.

Palmer and Di Iorio are prominent figures who have had a unique glimpse of the crypto industry’s innards They represent two sides of the same coin, or token (ahem), with the former developing his cryptocurrency as a joke that some say has undermined the industry’s credibility, and the latter developing a blockchain he believed would eventually change the world.

The exits and criticisms by both men come at a very interesting juncture, as we are currently in the midst of an ongoing retreat from previously sky-high prices. Last month, Michael Burry — the head of Scion Asset Management who became a household name after his exploits were chronicled in the best-selling book and hit movie “The Big Short,” — came forward with a dire warning to investors against what he called an over-leveraged bubble in crypto and meme stocks. As Bitcoin’s price languishes at around US$30,000, less than half of the all-time high it reached in May, many fear that the bubble may be very real and that it has sprung a slow leak.

One person who is buying that story is Palmer. Although he kept quiet for much of the time during Dogecoin’s spectacular price gains over the past year, last week the memecoin’s co-founder unleashed a tirade against cryptocurrencies in a wild tweetstorm. The industry has grown in total value by more than 300% since he called it quits in 2015, but Palmer is convinced that cryptocurrency is now being used to prey on small investors, and in his tweets he even trained his sights on self-proclaimed “Dogefather” Elon Musk, saying that retail investors had been sold a “false promise of one day being a fellow billionaire.”

Dogecoin began as a joke, and to Palmer perhaps he feels slightly responsible for helping to start the joke that wasn’t really very funny for many ordinary people who have lost money on it. Explaining the absurdity of the crypto space, he wrote: “Lose your savings account password? Your fault. Fall victim to a scam? Your fault. Billionaires manipulating markets? They’re geniuses. This is the type of dangerous ‘free-for-all’ capitalism cryptocurrency was unfortunately architected to facilitate since its inception.”

Ethereum co-founder Di Iorio’s announced exit, while far less dramatic, may perhaps say even more about how he believes the future of blockchain and crypto is shaping up beyond the exploitation of small players.

Di Iorio’s main concern revolves around very real fears over his safety due to his attachment to Ethereum, one of the highest-profile blockchain projects. But he also seems to have doubts about the value of cryptocurrency and its utility to improve people’s lives.

One signal of this is that as he plans to sell his current blockchain venture, Decentral, accepting fiat money but not cryptocurrency.

Di Iorio also revealed plans to focus on philanthropy and other projects. He would “incorporate crypto when needed, but a lot of times, it’s not,” he added. “It’s really a small percentage of what the world needs.” 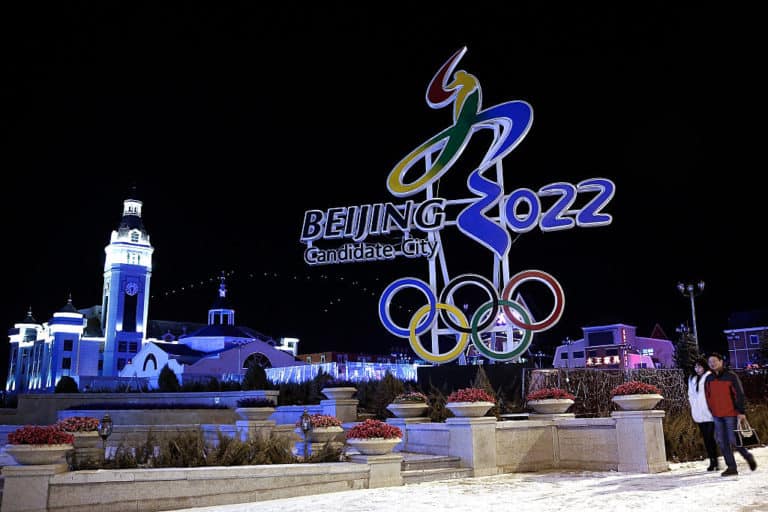 Three U.S. senators have written a letter calling on American athletes to boycott the digital yuan during the Beijing Winter Olympics next year. The letter came as China’s central bank released its first white paper on the new currency.

China is poised to become the world’s first major cashless society and is expected to roll out e-CNY before it hosts the 2022 Winter Olympics. The state-backed digital currency has undergone about 14 rounds of large-scale tests in nine major cities in China.

China has made no secret of its aim to internationalize its currency through the use of e-CNY. The Belt and Road Initiative, a gigantic loan-fueled infrastructure project involving vast parts of Asia, Europe and Africa, is one means by which Beijing is aiming to accomplish that goal, making e-CNY the preferred currency in supply chains and on what it calls the “digital Silk Road.”

Another way it has identified to spread the use of e-CNY is by making it available to fans and athletes from around the world that will descend on China during the Winter Olympic Games.

Most Chinese are already accustomed to mobile payment platforms such as Alipay and WeChat Pay, and even before the advent of e-CNY, the country was somewhat cashless.

Although the letter from the U.S. senators may throw a very small spanner in the works for China, U.S. athletes may have little choice but to use it by the time they reach Beijing in 2022, as cash may be shunned by retailers and other businesses, possibly due to their own preferences but also likely by government mandate.

Henri Arslanian, PricewaterhouseCoopers’ crypto leader, told Forkast.News that although U.S. athletes were unlikely to encounter any problems by adhering to the senators’ advice inside the Olympic Village, should they wish to do any sightseeing, difficulties may arise.

“While there are numerous apps people can download like Tencent pay or Alipay [as an alternative to e-CNY wallets], the reality is that if you don’t have a Chinese bank account, you can’t use those payments, so as a foreigner you are pretty much unbanked in China,” Arslanian said.

Team USA may have to decide whether they want to download e-CNY and enjoy the trip, despite being tracked, or stay in their dorms.