The following is from a recent issue of Deep Dive, Bitcoin Magazine’s premium markets newsletter. Sign up now to be among the first to get these insights and other on-chain bitcoin market analysis straight to your inbox.

Over the past few weeks, much of our analysis has focused on the consolidation phase currently taking place in the bitcoin market, with particular emphasis on realized price as an indicator of lackluster capital flow. As the chart below shows, Bitcoin’s realized market cap, which can otherwise be thought of as a total price paid for each coin on the network, has increased by $87 billion since early August. 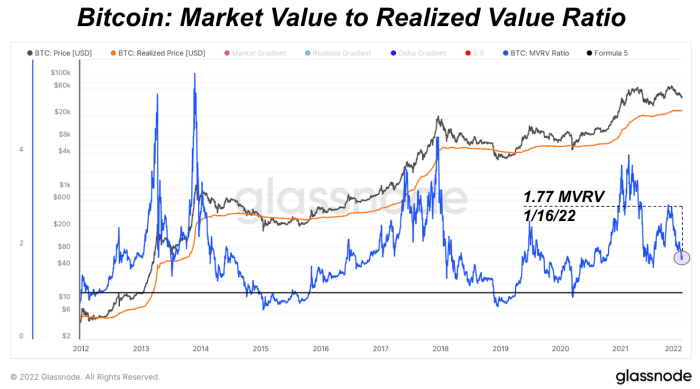 Given that Bitcoin’s realized market cap was just $90 billion at its peak after the 2017 bull market, while significant in absolute terms, the realized cap has not increased significantly since early fall 2021 in relative terms. 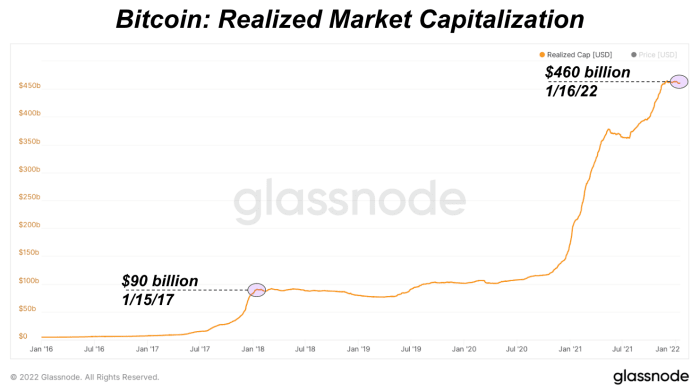 A look at the 30-day rate of change in realized price gives additional context to this dynamic. 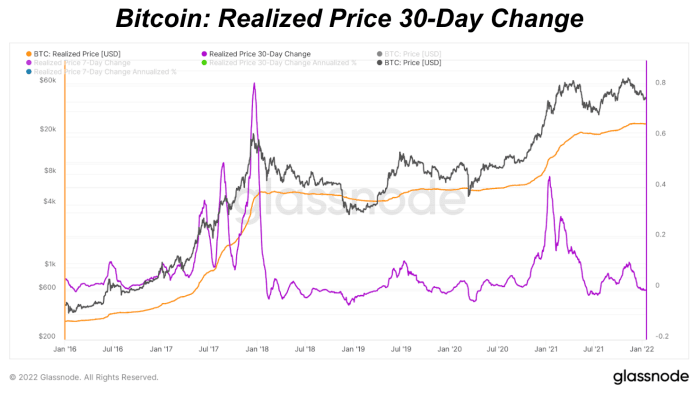 To dig deeper into price and realized price dynamics, we can examine the Delta Gradient indicator. The metric measures market dynamics in relation to capital inflows.

“The dynamics of a market can be considered by assessing the rate of price change or verticality over a period of time. The simplest example is a parabolic increase, where the price increase rate increases in magnitude due to market dynamics.

“The realized price reflects the total price at which each coin on offer last moved. Steeper increases in realized price indicate real and organic capital inflow as every coin issued and sold on-chain has a buyer with fresh capital. The steepness of this curve thus represents a rational basis for sustainable increases in value.

“The delta gradient is calculated as the difference between the spot price gradient and the realized price gradient. This metric therefore measures the relative change in momentum between speculative value and genuine organic capital inflows.

“Statistical normalization is then applied to bring historical values ​​and log-scale price changes to a consistent scale.”