Cardano’s ecosystem is starting to look lively once again and whales have taken a keen interest in the smart contract operator’s native token, ADA. Data shows that even though ADA’s price has traded below the $1 mark for a week now, large addresses have begun to stack up the alt.

Data from IntoTheBlock showed that addresses holding between 1 Million and 10 Million ADA touched a record 12 Billion last week – a 41% increase from late January.

The purchases come at a time when the network’s staking and lending mechanisms have ignited a renewed interest among investors. Blockchain aggregator DeFi Llama showed that Cardano’s total value locked (TVL) has increased steadily since January, rising by nearly 20,000% to record levels of $160 Million in just 2 months. More than 70% of the TVL came from Cardano’s decentralized exchange- SundaeSwap. Currently, a record 160 million ADA was locked in the Cardano protocol. 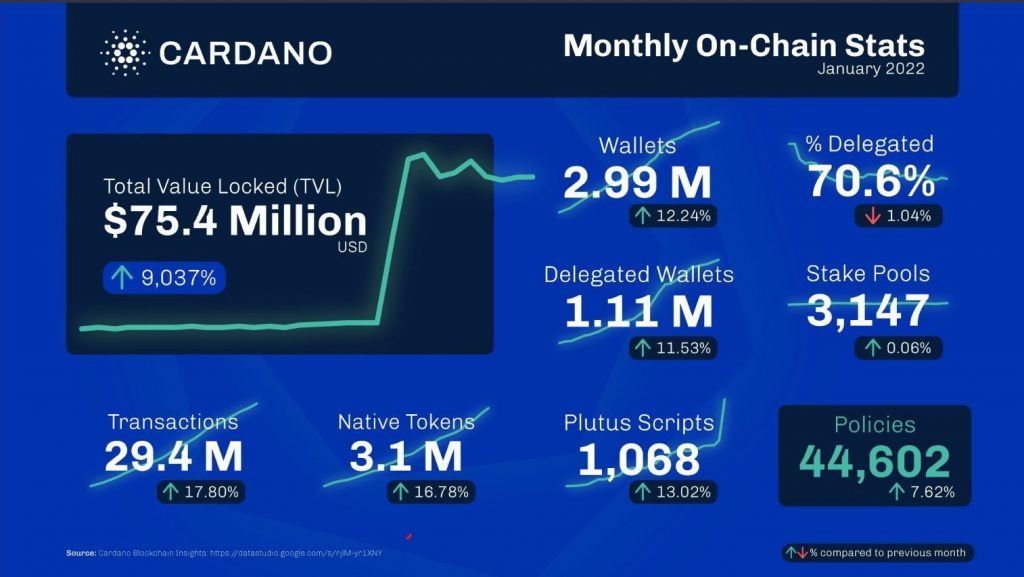 Additional statistics for January showed that the network had a positive start to 2022. Monthly transactions were up by 18%, the number of smart contracts running on the platform rose by 13% and the total number of wallets holding ADA increased by 12%.

Other Addresses To Jump On Board? 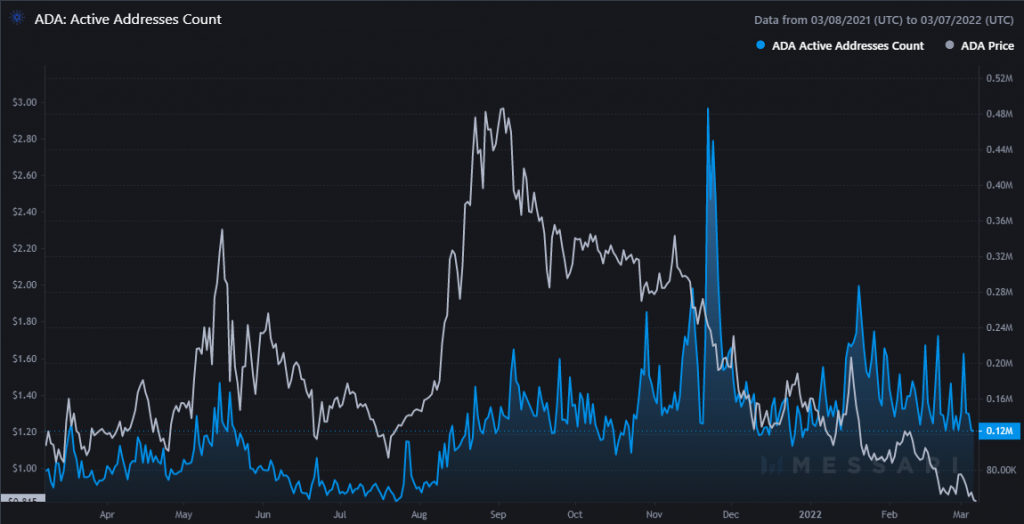 While whales were stacking ADA, not all groups were equally bullish on the top 10 altcoins. Total active addresses (wallets that actively send or receive coins) have declined since the start of the year, falling from a peak of 286,390 in January to a low of 123,638 on 7 March.

Cardano has been in a spot of both recently. A 7th consecutive red candle was forming on the chart. Additional woes were highlighted in an earlier article. However, the network has grown of late and whale purchases can often trigger a change in sentiment. It’ll be interesting to see how ADA’s price fares when other address groups begin the accumulation process as well.